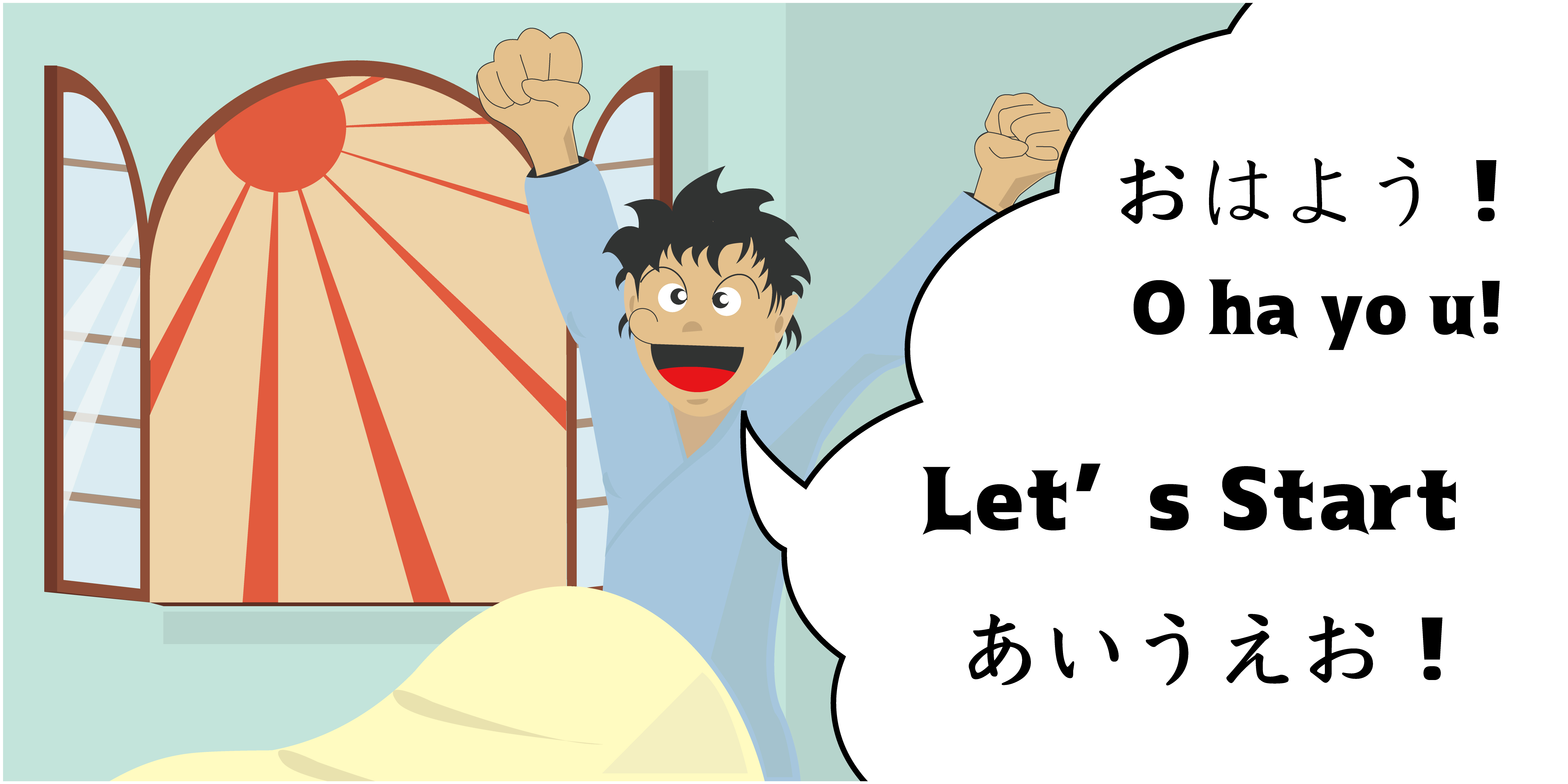 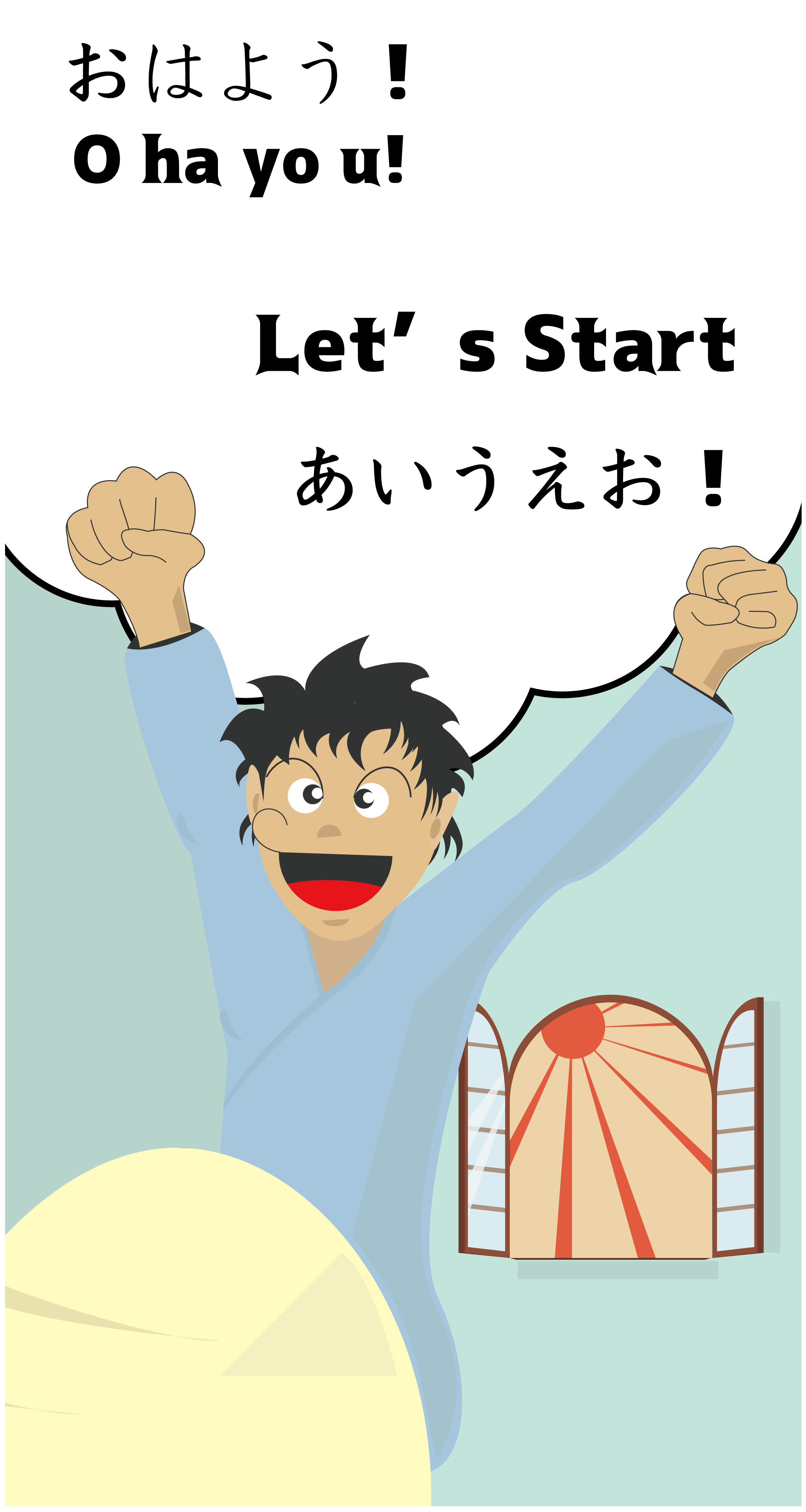 The first step to learn the Japanese language is to learn the basic elements – a, i, u, e, o. These characters are the foundation in learning Japanese since they are considered as the vowel sounds. But before we learn how to read and write, let us know the three important ways –tome, hane and harai –on how to end a stroke first when writing the Japanese characters.

In Japanese writing, it is necessary to familiarize yourself with ‘tome’, ‘hane’, and ‘harai’ since they are the three essential components when you end your strokes upon writing the Japanese characters.

All Japanese characters have stroke order. It is necessary to write those characters in correct order to write well in a natural manner. Now, let’s learn how to read and write ‘a, i, u, e, o’ in Hiragana with proper order.

How to read and write ‘あ’

‘あ’ is pronounced as /ɑ/. It can be written in three strokes with different endings. The end of the first and second strokes are ‘tome’, and the final stroke ends in ‘harai’? (see illustration below)

Practice many times now. Then, let’s learn how to use ‘あ’ in your daily life by learning how to read and write some everyday expressions in Japanese.

When you want to show your appreciation for someone, you can say ‘ありがとう[a ri ga to u]’. It means ‘thank you’. ‘ありがとうございます [a ri ga to u go za i ma su]’ is more polite than  ‘ありがとう’.

If you love someone and you want to express your love, you can say ‘あいしてる [a i shi te ru]’ which means ‘I love you’. Another way of expressing your love or your admiration is by saying ‘すき [su ki]’ or ‘だいすき [da i su ki]’.

Japanese summer is getting hotter every year. When you visit Japan in summer, you will hear everyone say ‘あつい [a tsu i]’.

How to read and write ‘い’

‘い’ is pronounced as /ɪ/. It can be written in two strokes. The end of the first stroke is ‘hane’ and second is ‘tome’. (see illustration below)

You should say ‘いただきます [i ta da ki ma su]’ before eating with your hands together like you are praying. In Japanese, it means that you appreciate the food. By the way, you should say ‘ごちそうさま(でした)[go chi so u sa ma (de shi ta)]’ after eating.

Say ‘いってきます [i tte ki ma su] ’ when you leave people behind, but you are planning to come back.  And the people who are left behind should answer ‘いってらっしゃい [i tte ra ssya i]’ .

How to read and write ‘う’

‘う’ is pronounced as /ʊ/. It can be written in two strokes. The first is ‘tome’, and the second is ‘harai’. (see illustration below)

‘うまい [u ma i]’ has several meanings. It can mean delicious and good.
For example:
The food that you cook is delicious (うまい).
You are a good (うまい) singer.

How to read and write ‘え’

‘え’ is pronounced as /e/. It can be written in two strokes. The first stroke is ‘tome’, and the second is also ‘tome’. (see illustration below)

Most Japanese people say ‘え？’ when they need to clarify something if they are unable to hear the word that you say. Also, if you are able to hear something that is unbelievable or shocking, you can say ‘え！’

If a Japanese is asked about something and is thinking about it or is uncertain or confused on what to say, he or she says ‘ええと…’.

How to read and write ‘お’

‘お’ has no exact equivalent of the English vowel sounds, but has more or less similar pronunciation with /ɔ/. It can be written in three strokes. The first is ‘tome’, and the second is ‘harai’, and the third is ‘tome’. (see illustration below)

‘おねがいします [o ne ga i shi ma su]’ may mean ‘please’ if you ask someone to do something. It can be used before you start doing something like before starting a presentation, before playing any game or any sport.

When you eat something and you think that the food you are eating is delicious or tasty, you say ‘おいしい [o I shi i]’. It is more polite than ‘うまい’.

When Japanese people celebrate some special occasions like birthdays, weddings, new year or other victorious celebrations such as passing an exam, they say ‘おめでとう [o me de to u]’. ’おめでとうございます [o me de to u go za i ma su]’ is more polite than ‘おめでとう’.

‘おかえり [o ka e ri]’ is a reply to someone who comes home who said “ただいま [ta da i ma]”. The people who are at home are usually the ones who usually say “おかえり!”

‘おだいじに [o da I ji ni]’ is usually said to someone who is sick which means ‘get well soon’. The people who usually say ‘おだいじに’ are the friends, family, or the hospital staff like nurses or doctors of the sick person.

At the end of the long day’s work, you are tired and you are now in bed ready to sleep. You suddenly remember someone so you send a message saying ‘おやすみ [o ya su mi]’ which means ‘goodnight’. ‘おやすみなさい [o ya su mi na sa i]’ is more polite than ‘おやすみ’.

Now, you know how to write ‘あいうえお’. Let’s use them in daily life! That’s all for today! おつかれさま！